Hey ya’ll!! Recently my mom and I attended a vendor fair at the Andover Country Club. We had a blast and we certainly plan on attending more! It was so much fun putting together our booth and sharing our jewelry with others. I was a little too excited about being able to wear fall clothes :))) Anyway, here is a few shots from the event. I hope you enjoy!! If you are interested in purchasing a bracelet or earrings the link is down below! 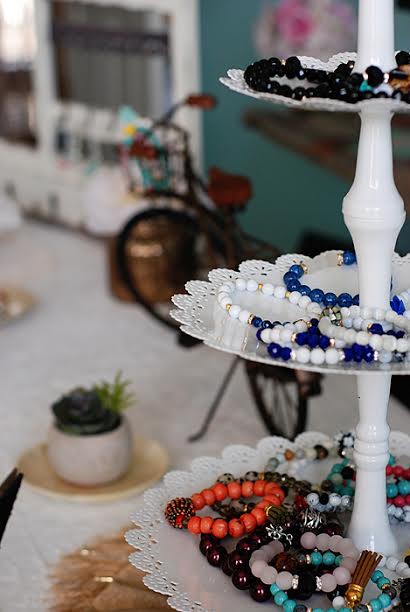 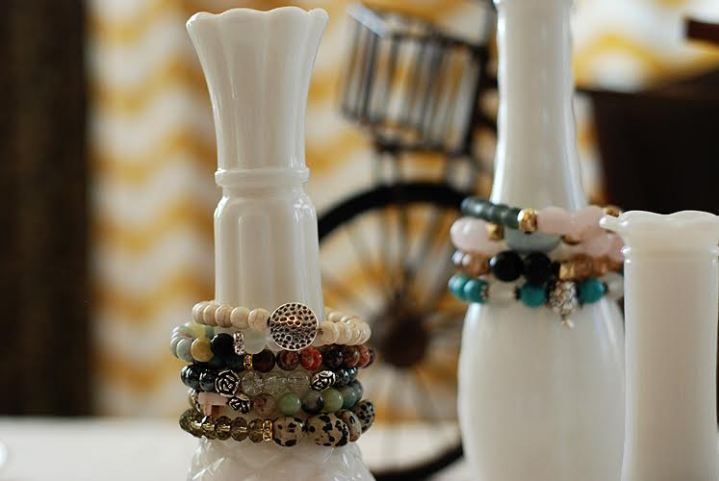 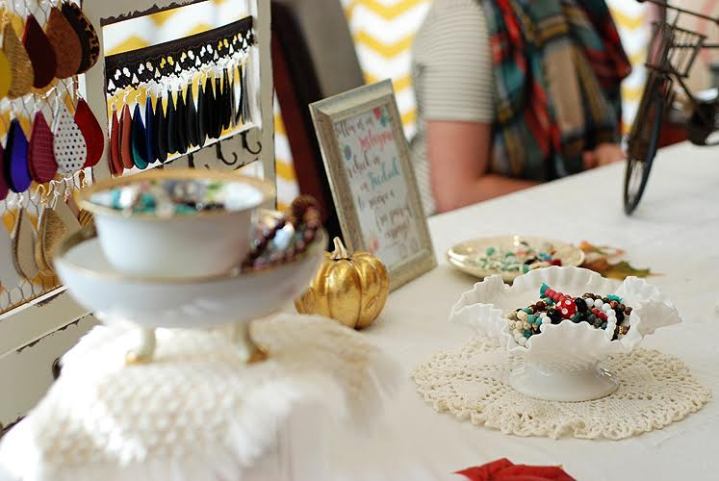 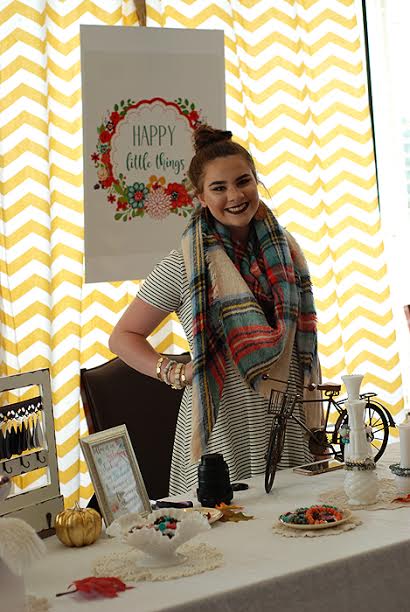 Hey ya’ll!! This past week has been so hectic!! Monday, I’m finally going to be starting my classes 🙂 Anyway, todays post features some beauty products/fashion I’ve been loving lately! As well as, a few sneak peaks of my room!!I’ve been starting to put some fall decor and I couldn’t be more excited about that! I hope you enjoy this post and let me know if you would like to see a room tour or if you have any requests just let me know!!! Xoxo<3 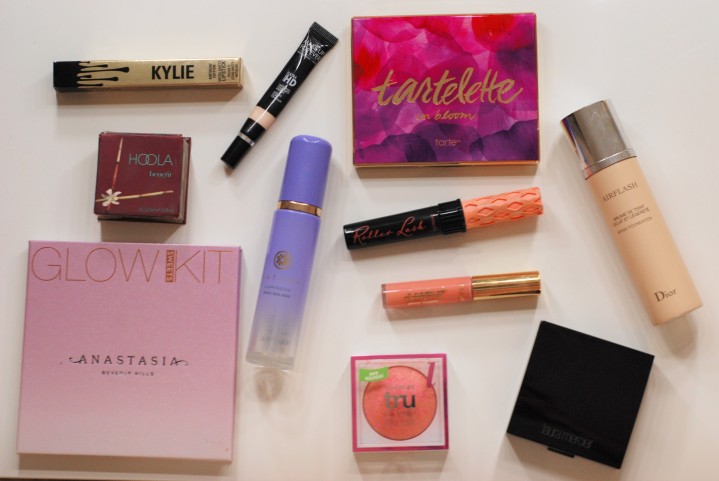 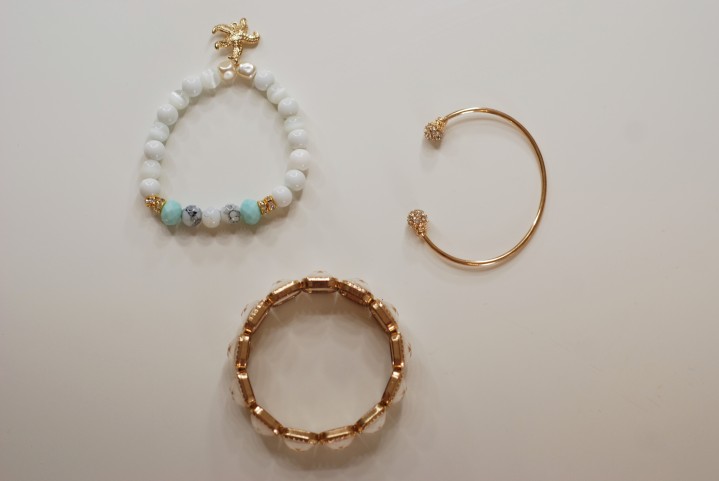 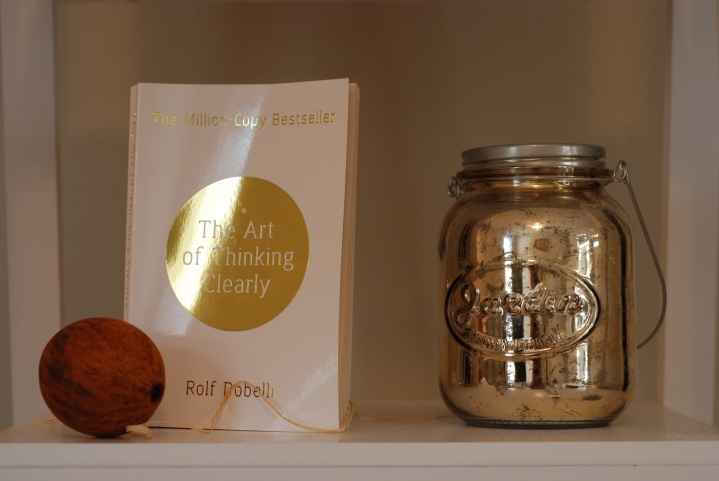 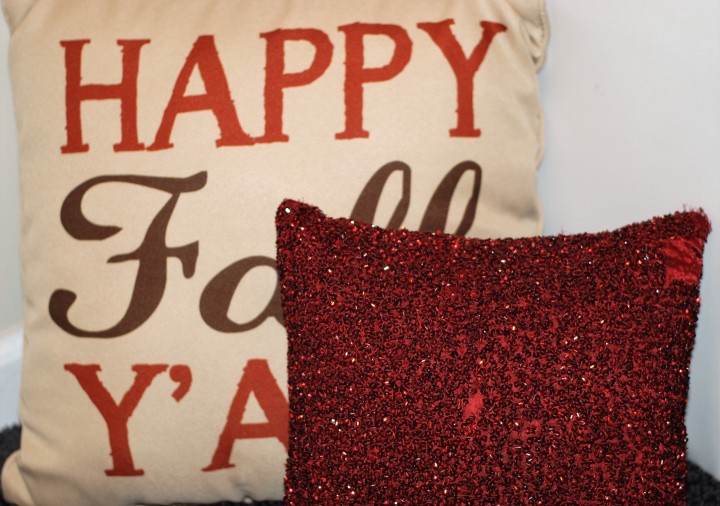 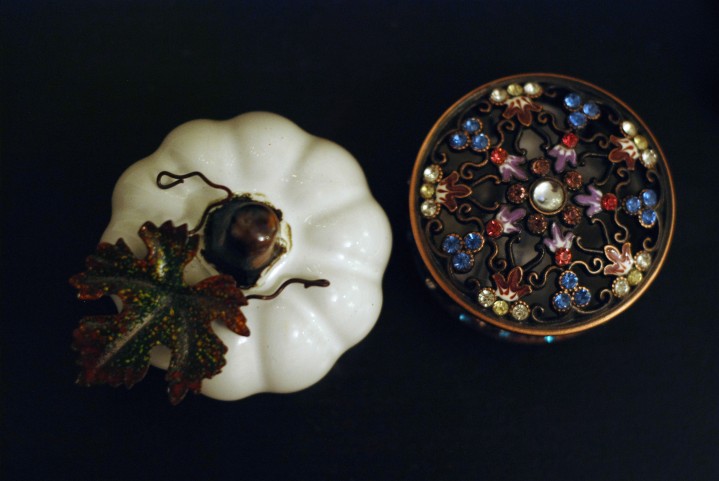 Hey ya’ll!! Welcome to my blog and my first post!! And just like that, summer has come to an end. It’s crazy how fast its gone by this year!! Recently, my family and I made a trip to Hilton Head Island. A few years ago I stayed in a condo in Daufuskie Island but, never in Hilton Head. We ended up staying at the Omni oceanfront resort and absolutely loved it and the staff was incredibly nice. There’s a steakhouse, sports bar, market, buoy bar, and a spa included in the resort! As well as live music by the pools. It was absolutely beautiful and the weather was amazing! There’s a lot of history included in Hilton Head and it was so interesting hearing about all the plantations and such. Also I thought that it was crazy how the island is about 12 miles long and 3 miles wide and there are over a dozen beautiful golf courses! The best dinner we ate on the whole trip, in my opinion, was HH Prime. It was a bit expensive but, the filet mignon was out of this world, along with the calamari (I’m a bit of a calamari freak!! lol). I’ve heard so many people talk about Salty Dog Cafe so we went and gave it a shot, bought a few shirts, and listened to live music. But ya’ll, I really wasn’t impressed with it :/. I really wanted to enjoy but, the service wasn’t the best, food took forever to come out, and it just wasn’t very good. But, that’s just my opinion. If you do decide to go there, definitely get the calamari!!! That was about the only thing I really enjoyed there. It comes with a pineapple salsa, YUM!!

Tuesday, We got in around 3-4pm. We decided to look around the resort and chill out by the pool a bit. 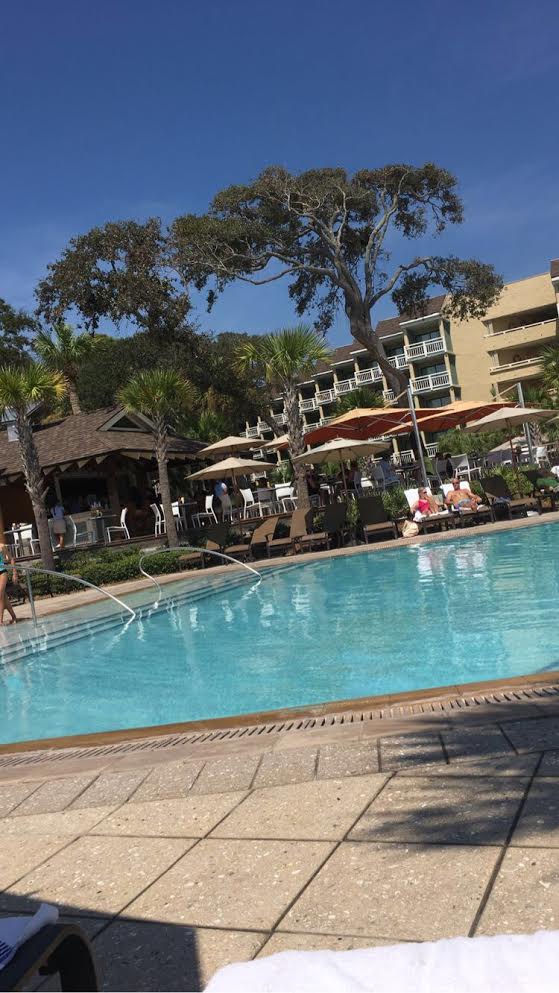 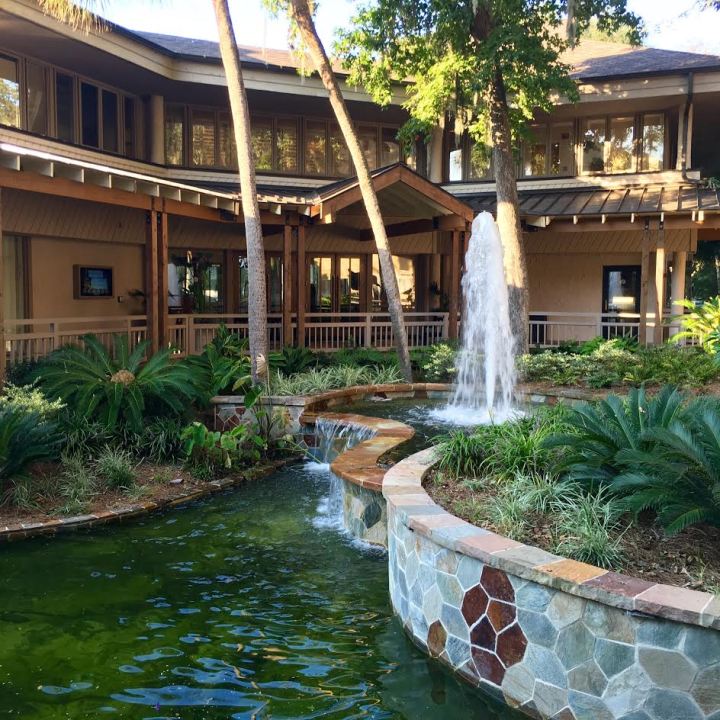 Wednesday, it was my moms birthday so, we had a little shopping day. First, we went to Coligny plaza. It was a lot smaller than I thought it’d be but, it ended up being really fun. I grabbed a few things from Francesca’s and island girl. Mom came across an amazing bead shop (Black Market Minerals inc) and we grabbed a few things for our jewelry business on etsy!! We ended up spending the whole day there and ended by going to HH Prime. Then spent the rest of the night in the hot tub and stopped by the beach for a little bit.

Thursday, We had another shopping day! I know, i know, lots of shopping. But, I mean come on it’s Hilton Head!! There’s ton of outlets, shopping centres, and boutiques. We spent the beginning of the day at the pool and actually did our hair and makeup. So, it took us a while to actually get out our room haha! We left the Omni around 2-3pm. First, as we were driving to sea pines to go to Salty Dog, I noticed there was a Lilly Pulitzer shop. So, we all know I had to stop!! I was thinking it was near the lighthouse but, I was wrong!! It was in The Village at Wexford shopping centre. So, we walked in there, looked around a bit and grabbed a few things. The shop was adorable and the staff was so nice!! Next, we went to Salty Dog Cafe as planned and spent the rest of the night at the pool. 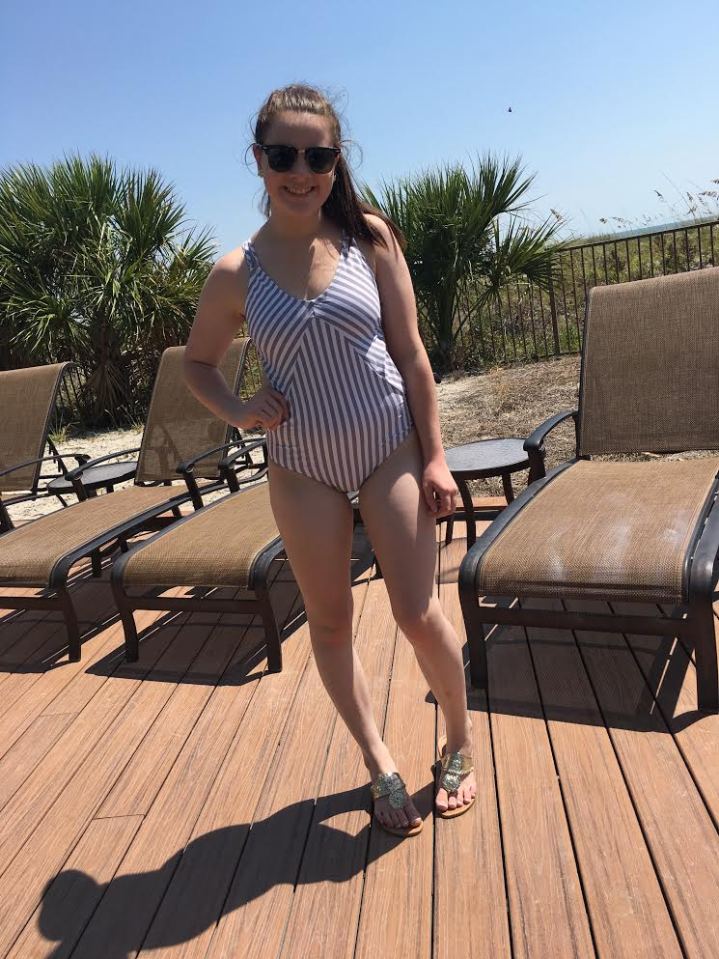 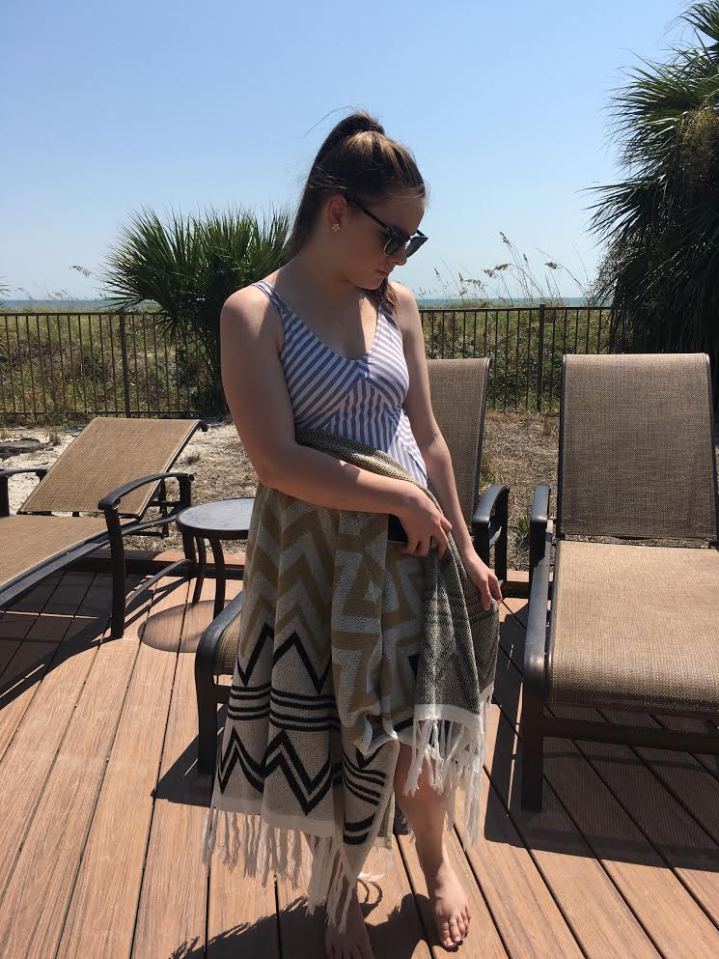 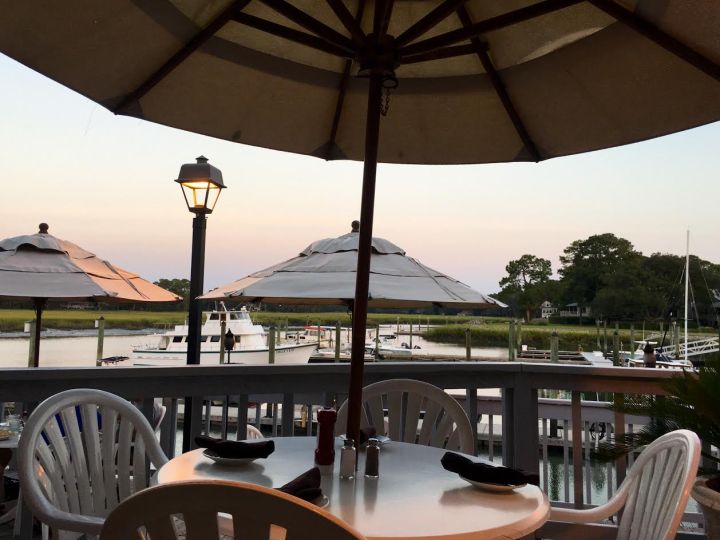 Friday, We woke up around 6:30am to watch the sunrise and it was so worth it. Such a beautiful experience and in my opinion the best part of going to the beach! After we had breakfast and went down to the pool for an hour or two. After that we got ready and were determined to find another bead shop that one of the ladies at the Lilly store mentioned. We weren’t too impressed and the store was way too overpriced. But, luckily there was the cutest french macaron shop across the street (marche de macarons)! So, we stopped by and gave it a look. We absolutely loved it!! If you’re in Hilton Head or drive through make sure you stop by!!! I ended up getting a gift box of a dozen macarons and they were by far the best I’ve ever had!!! They were amazing!! Later during the day we had lunch at Olive Garden and stopped by Fossil where I got a new pair of sunnies, a new wallet, and the cutest brown leather crossbody!!! We ended the night by going to a cookout at the resort. They had the best pulled pork ever!! 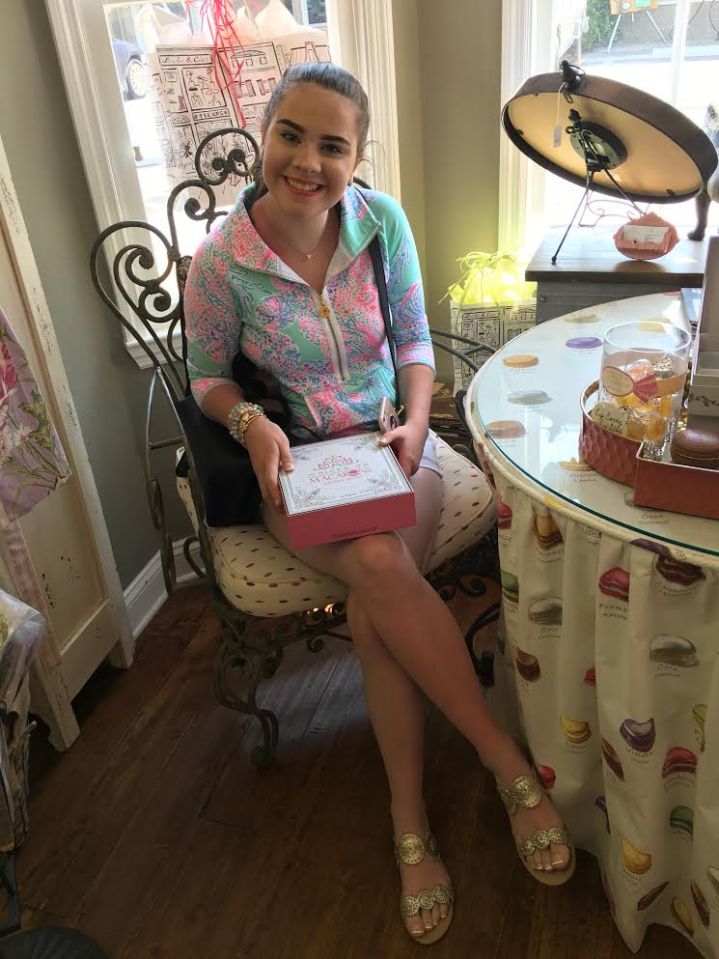 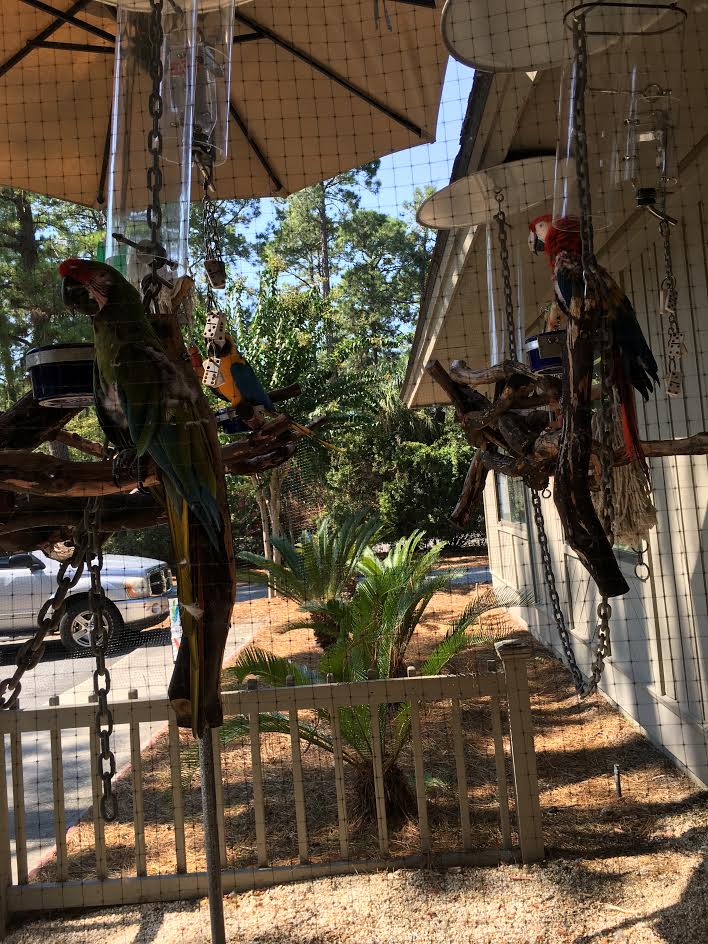 Saturday, we woke up early for the sunrise and  I finally got what we came here for…. A beach day!!! We had already rented an umbrella when, as we were walking down to the shore a nice couple were leaving and said we could use their chairs and umbrella. Which was so nice of them!! We stayed at the beach until about 3-4pm and then ended the night on a sunset dolphin cruise in Harbour Town!! It was beautiful and we got to watch the dolphins swim together which was adorable!! This was also an amazing ending to our last night here! After getting off the boat we walked around and looked in the shops then went back to the resort and went straight to sleep to get up early to leave the next morning. 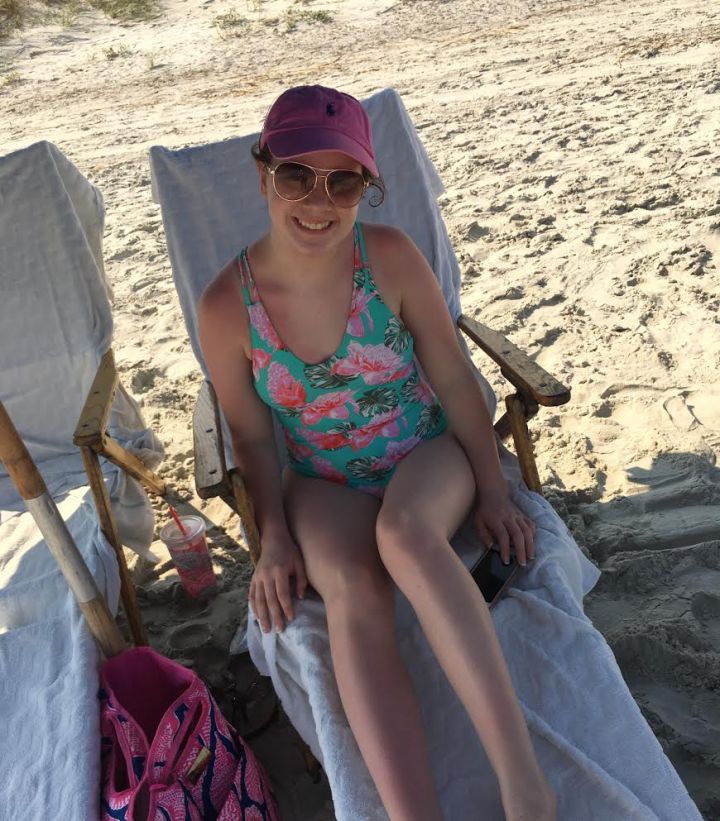 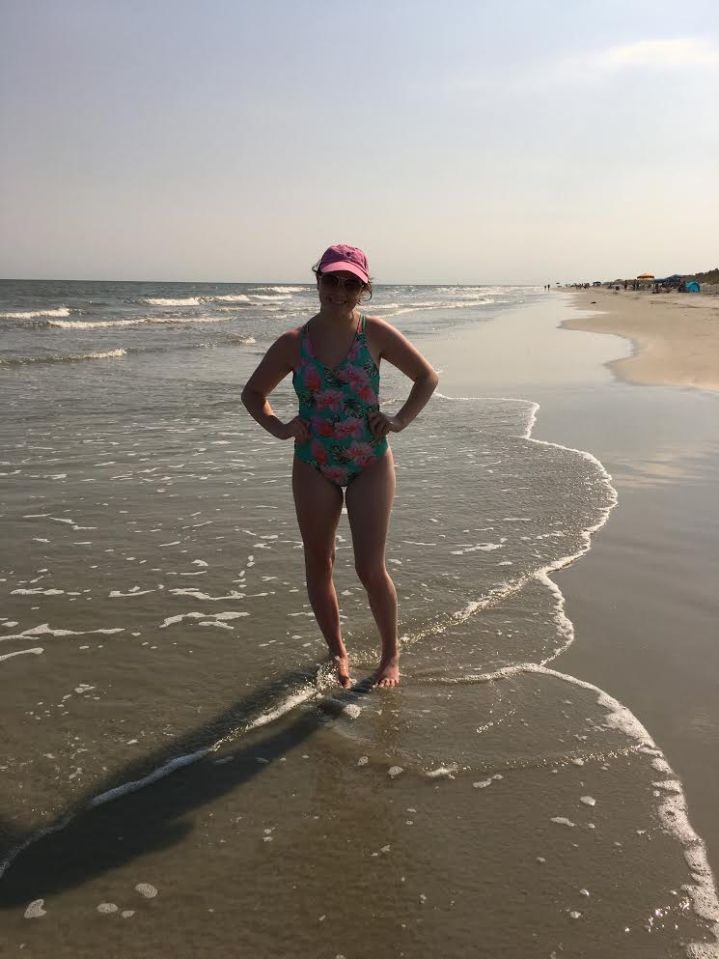 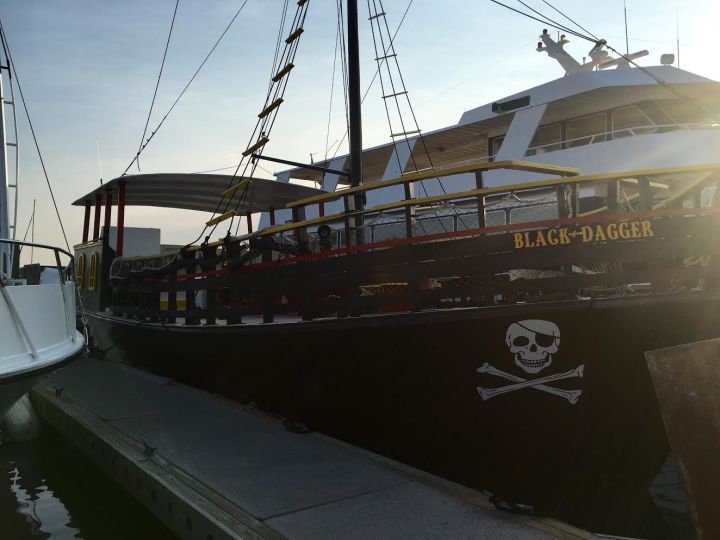 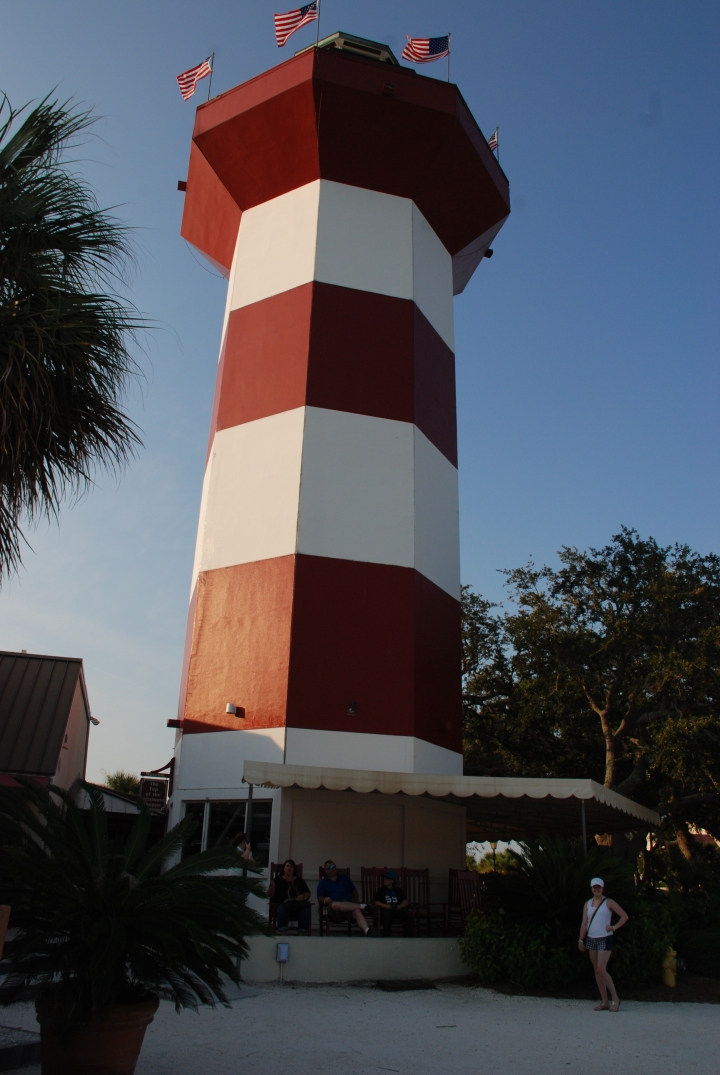 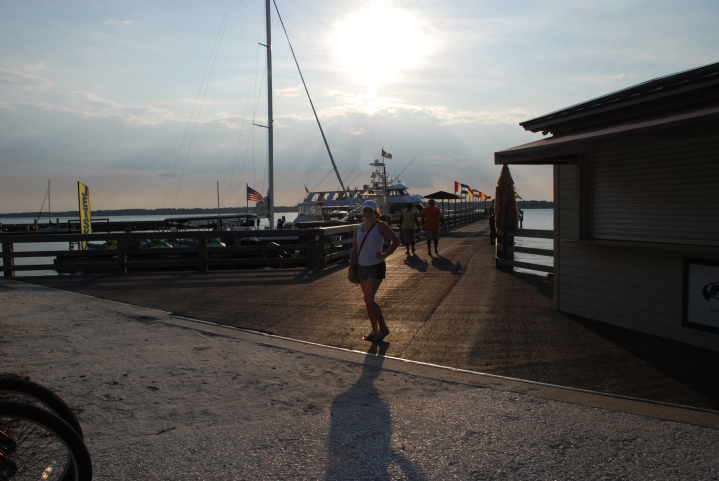 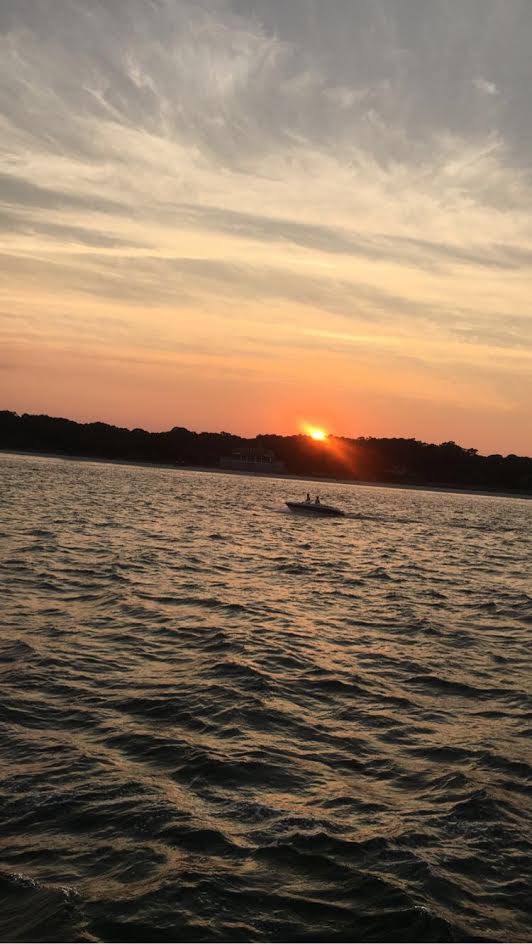 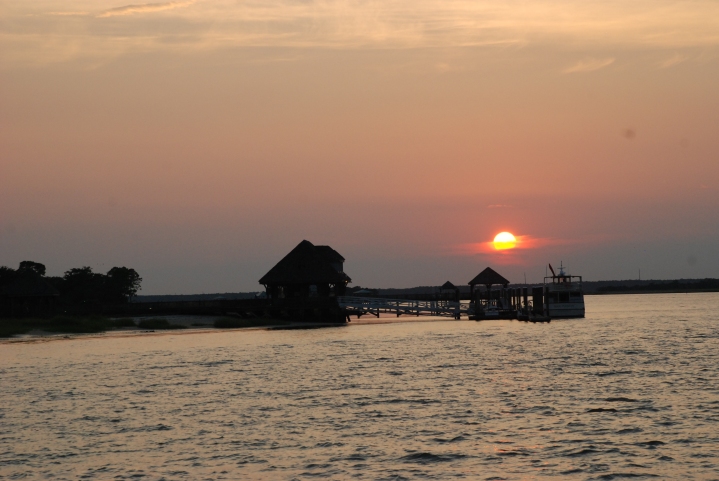 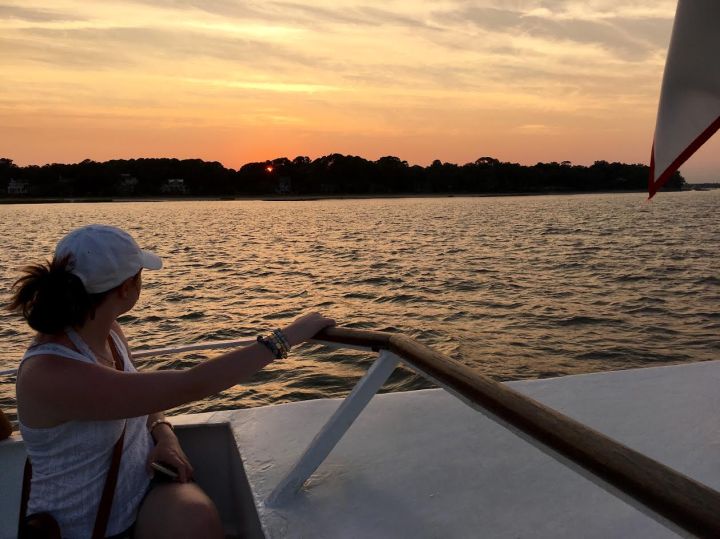 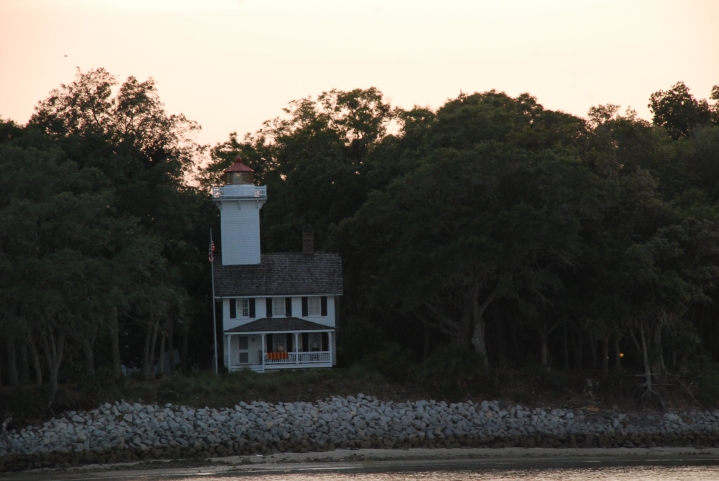 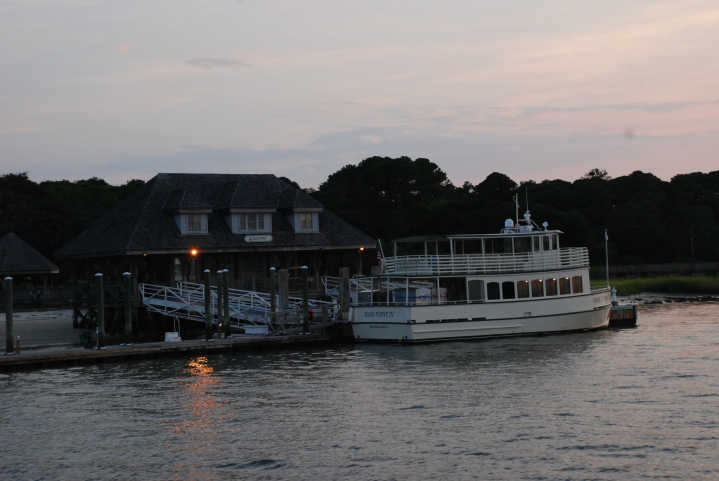 Sadly, our trip eventually had to come to an end 😦 The time we spent here was amazing and we hope to come back soon so we can also visit Savannah again for a whole day. We planned on spending a day there but, just didn’t have enough time! We thought it would be fun to drive instead of fly haha!  Now that we did I think we are wishing we had flown. But, on the bright side I have had time to work on this blogpost!! Anyway, I hope that ya’ll enjoy this post!! Sorry it’s a bit long but, there’s just so many experiences and pictures that I wanted to share with you guys!! Have a beautiful day!! Xoxo<333 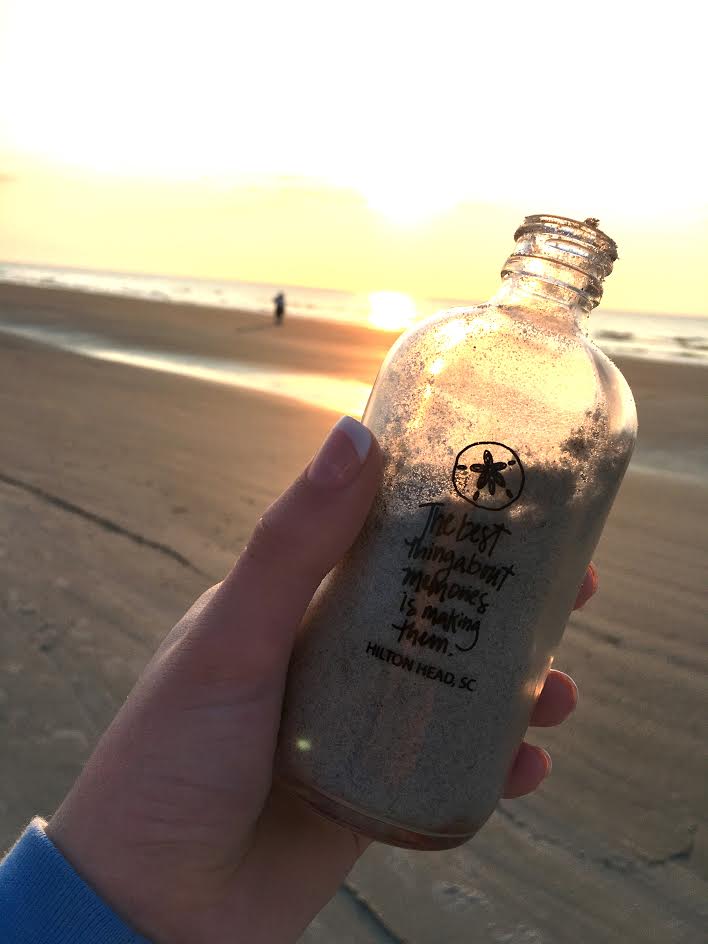